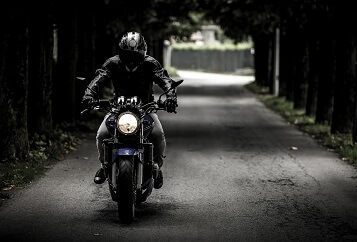 The Municipality of the District of Guysborough in beautiful Nova Scotia, Canada was incorporated in 1879 and had been using paper records ever since. While this may have worked in the past, it began to cause problems as the community grew.

The municipality is home to two provincial parks, Boylston and Salsman Provincial Parks, and it was having trouble responding to document requests in a timely and cost-effective manner. Why?

More importantly, workplace stress and difficulties were a constant concern.

The municipality realized that these issues needed to be mitigated and reached out to the market leader in deploying enterprise content management (ECM) solutions, Ricoh. Ricoh recognized the problem and decided to digitize all of the municipality’s documents and store them in a secure repository with an intuitive folder structure. Ricoh’s knowledge of local government processes means that it understands which records are important and which are not. Thus, critical items could go into the new system and were digitized while valuable time wasn’t wasted on records that may never have been looked at again.

Ricoh has an expert level of familiarity with the legislation on compliance requirements across many different provinces and organized the data so that the retention requirements of the records were clear. This meant that records which currently fell under retention requirements were not able to be deleted. The new process is very secure and employee documents requests can be logged. This data can be used to further optimize the process as the system learns which records are most requested. Records are electronically stored so there are no issues of records being inaccessible because of people being unavailable to address issues.

Moving to an ECM system is a wise long-term decision because it means moving forward, everything will be properly managed. This process proved to be very effective for Guysbourgh and soon after it was implemented, a request came in where the municipality was able to produce 11,000 documents in 45 minutes. This example represents a task that, prior to the implementation of Ricoh, would have taken a number of months and likely tens of thousands of dollars to search. This was just one case of Ricoh saving Guysbourgh money and time. Into the future, it is expected that Ricoh solutions will add even more benefit. Guysborough recognized that it had a problem and made a wise decision in employing Ricoh to fix it. If your government is facing similar issues you should contact Ricoh as well and make your search and retrieval practices lightning quick!

Why digitize your paper documents and how to do it

Learn why cyber resilience is essential for your hybrid law firm