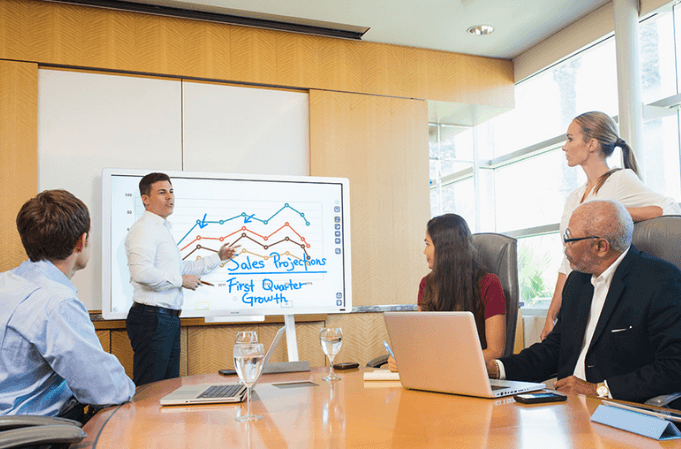 In the last 20 years, technology has transformed how we live, how we interact and, crucially for Ricoh, how we work. Over the last few years alone there has been the move towards all things cloud and, what’s been termed as, a mobile-first approach to the work environment.

The changing world of work and digitalisation has fundamentally changed the landscape, and this has driven the need to adapt across many businesses and markets. An interesting statistic I read recently claims that 75% of the workforce will be millennials by 2025¹ – that’s only seven years away.

If you cut through the jargon, what we’re really saying is that we’re giving people the ability to work and be productive anytime, anywhere and from any device. Employees are no longer tied to the computer in the office and this will (or should) become more pronounced with every passing Operations (and IT) budget.

As Generation Z starts to enter the world of work (those born after 2000), there is going to be even further disruption. They’re the most connected generation of all, having grown up only knowing the technological world. They have an insatiable hunger to keep up with information and trends, to set the rules and use technology to get things done.

The revolution gives rise to a new breed of organisation

The industrial revolution provided mass production on a grand scale by creating the ability to produce through giant physical infrastructures, supported by equally large workforces. The work carried out by the workforce was integrated into the manufacturing process and so manual work was enhanced by machine and automation. At this time, because machine intelligence and supporting technology didn’t exist, people filled in these gaps.

Today we are seeing a new breed of organisation born with technology, that’s more dynamic and fast paced and has the agility to change at an unprecedented rate when compared to traditional business processes.

“When I sat down to write ‘The World is Flat’, Facebook didn’t exist, Twitter was still a sound, the cloud was still in the sky, 4G was a parking place, LinkedIn was a prison, applications were what you sent to college, and Skype was a typo.”

Have office environments kept up with the change?

We talk of how people and technology have changed, but how much has office space changed to offer employees what they are looking for? If we look at the workplace of the future, we predict holograms, robots and wearable devices. There is a drive for more remote and flexible working that enables employees around the world to collaborate, work in a shared digital workspace and seamlessly communicate virtually.

But what do I see? I see that new internet businesses are overtaking large corporates, disrupting decades of predictable growth and comfortable trading. This is forcing organisations to change and to re-evaluate whether their workplace is fit for the future. We are at a critical time where organisations need to radically change to compete in an open marketplace with is not just supported by technology, but fundamentally driven by technology.

The advantage of agility

The disruption is driving huge change in culture, systems, processes and, fundamentally, in the way of working across so many large businesses. The fear of changing has now been replaced by the fear of not changing.

There is a distinct advantage for businesses created in the post-IT revolutionised world. Their internal processes, the systems and methods by which they trade have been designed to be more automated and efficient, with technology at the very core of their infrastructure. Typically, they grow faster than traditional ones because agility is inherent in the systems they create.

Now, compare this to the traditional business that have been trading for decades in the same marketplace. These traditional businesses have grown slowly, organically into huge businesses. During the growth, they typically run on the same processes and infrastructure they have always done, introducing new technology in isolated. Often the fundamental method by which they do business hasn’t changed because it hasn’t needed to – ‘if it ain’t broke, don’t fix it’.

Large corporations are now fundamentally challenging themselves to change and adapt to the new world.

While the ‘next gen’ workplace should always be a work in progress, ask yourself if your working environment matches what your employees (and future employees for that matter) are looking for, or are you trying make the best of an old office environment?

Find out how Ricoh can help you empower your digital workplace by designing the flexible ‘optimal office’. For more than 80 years, Ricoh has helped companies of every size to not just imagine change but realise it as well.

1 Millennials are the largest generation in the U.S. labor force — http://www.pewresearch.org/fact-tank/2018/04/11/millennials-largest-generation-us-labor-force/

5 strategic benefits to highlight when making the case for a web-to-print soluti...

Benefits of moving to a cloud print infrastructure

An introduction to cloud document management